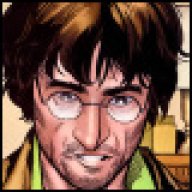 Ghost-King of Gondolin · From Manchester, England.