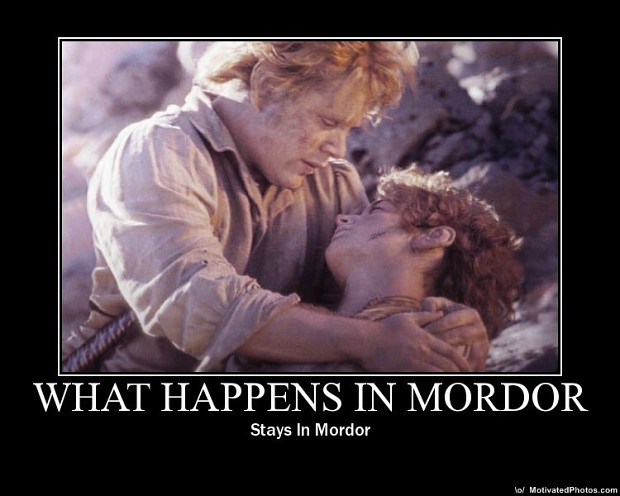 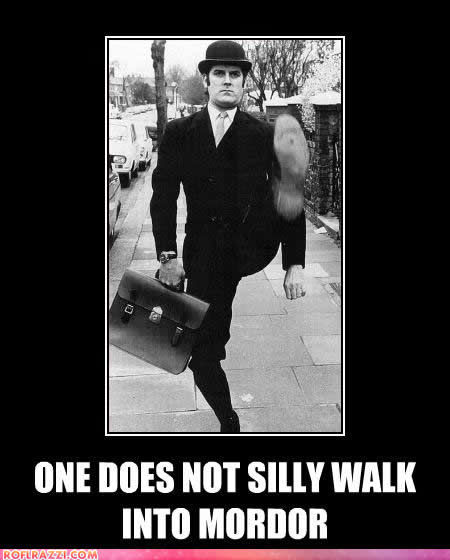 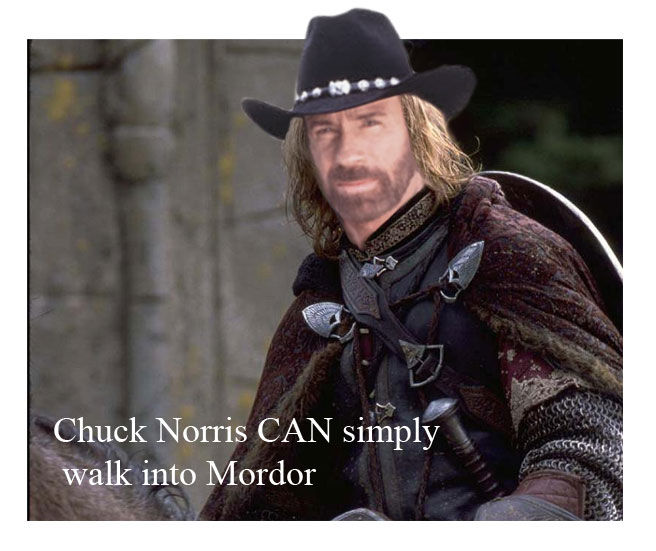 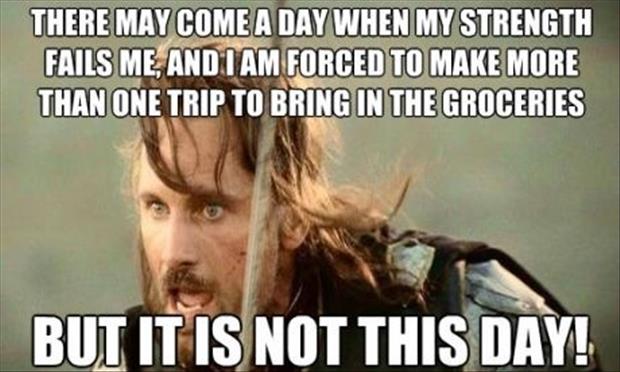 Thanks for the laugh.

My son just got this shirt.

Sent these to my wife for valentines day. 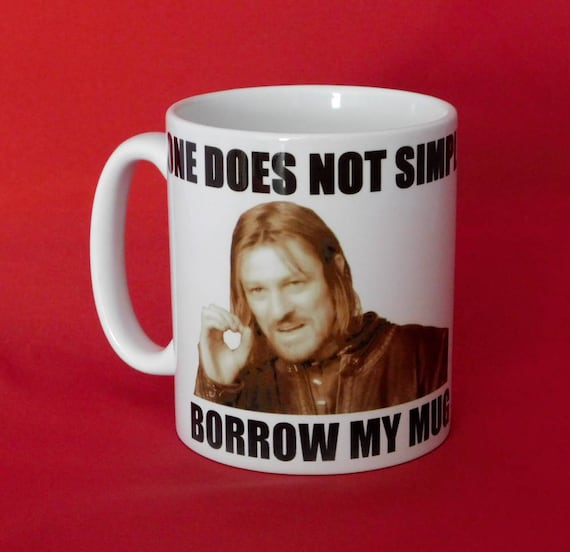 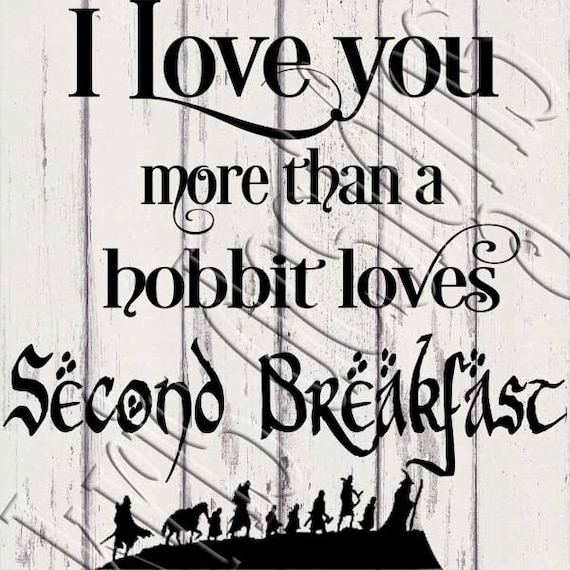 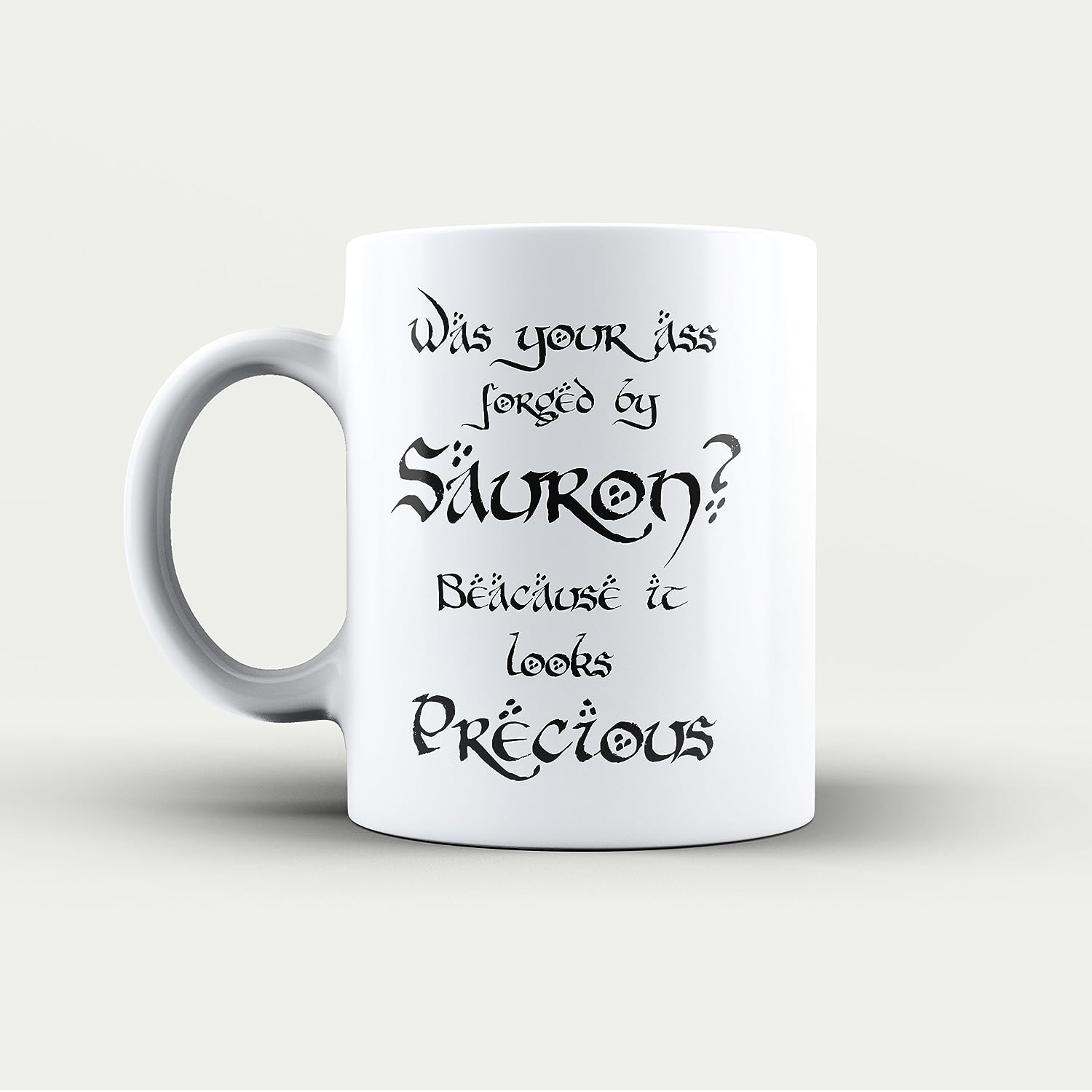 Was Your Ass Forged By Sauron Because It Looks Precious
Last edited by a moderator: Feb 25, 2018

Time to revive this thread!

One Doughnut to Rule Them All.

And finally: the life of Fingolfin

You should have posted these separately.

As it is, I can only hit like once!

These are great!! Thank you for sharing these!!

These have been gathered from Reddit and Tumblr. (I changed the more obscene expressions )

I.
If The Silmarillion had been written in the style of The Hobbit​

In a hole in the fabric of the universe there lived a god.

Now, this was not one of those minor gods of bedtime stories or petty wars for heaven; this was the One God, all-loving and all-knowing, who created the world – only he hadn’t created the world just yet, which is why he was sitting in a hole in the fabric of the universe.


“Feanor and his sons are here already, I see,” said Fingolfin. “Let us join the throng!”

“Throng!” thought Elu Thingol. “I don’t like the sound of that. I really must sit down for a minute and collect my wits, and have a drink.” He had only just had a sip of wine - safe behind the Girdle of Melian, while the Noldor sat around in Himring, and talked about Morgoth and the rape of the Silmarils and the Kinslaying at Alqualonde, and the crossing of the Helcaraxe, and lots of other things he did not understand, and did not want to, for they sounded much too complicated (and frankly, weird) - when, with the sound of Mandos pronouncing the Doom of the Noldor, another Teleri ship landed on the shores of Beleriand, as if some naughty little Maia had sent it drifting off across the waves.

Far over the grinding ice so cold

To Middle Earth, our land of old

We must away ere break of day

To seek the gems our enemy stole

Cross the sea and tempt your fate

Slay your kin to get a boat

That’s what all the Valar hate!

II.
When Finrod got lost during the hunt​
I wonder what Maedhros and Maglor thought when Finrod disappeared after their hunt for a while. I imagine it went like this:

Maedhros: Have you seen Finrod?
Maglor: I thought he was with you.
Maedhros: Maybe he’ll be back later.

Maglor: Any news from our cousin?
Maedhros: Nope.

Maedhros: Has Finrod shown up?
Maglor: No, I’m starting to get worried.

A letter from Nargothrond

I would like to offer my belated thanks for your company. I had a great time. Found a lake with swans, hunted a boar, discovered a new race. They’re adorable. I spent a year with them and have taken one of them to Nargothrond. We should repeat it someday. Maybe we’ll discover new peoples.


III.
A short biography of Elrond

​
· Elrond: Hi! I'm Elrond, and I live with my mommy and daddy and twin brother Elros. I love my family!
· Eärendil: *sails away*
· Maedhros and Maglor: Hello
· Elwing: YOU'LL NEVER TAKE ME ALIVE, SCUMS!
· Elwing: *jumps off cliff*
· Elwing: *turns into a bird*
· Everyone: WTF
· Elrond and Elros: Mommy...
· Maglor: Oh no, oh no, don't cry, smol baby elves, we'll be your new dads now!
· Maedhros: Wait, what?
· Elrond and Elros: Yay!
· Elrond: And you'll never leave us, will you, new dads?
· Maedhros and Maglor: ...
· Maedhros and Maglor: *run off to steal the silmarils*
· Maedhros: *jumps off a cliff*
· Elrond: Wait, not again-
· Maglor: *takes a long walk on the beach and is never seen again*
· Elrond: Well, I guess it's just you and me, Elros-
· Elros: Actually, I'm gonna become a human and die.
· Elrond: Oh... ok, that's cool. That's cool. I'm just gonna become bffs with the new king Gil-Galad
· Gil-Galad: *dies*
· Elrond: Well, at least I have a beautiful new wife Celebrian
· Celebrian: *get's attacked by orcs*
· Celebrian: I must go into the West to seek healing.
· Elrond: Of course, darling, don't worry about me, at least I still have our three beautiful children-
· Arwen: Actually I'm gonna become a human and die.
· Elladan and Elrohir: And um... we're not coming West with you.
· Elrond: You know what? I'm done. Nobody freaking appreciates me in Middle-Earth. Sayonara, Elrond out.


When crows remember people who wronged them and hold grudges, it’s ‘intelligent’ and ‘really cool’. But when I do it I’m “petty” and “need to move on”
- Caranthir

*The Gate To Gondolin opens*
Ecthelion: What are you doing here?
Tuor: Running away from my problems
Ecthelion: Come on in

Morgoth: Do you know anything about huge explosions? Specifically, how to make one?
Eru: Explosions? What is this for?
Morgoth: ...Fun

Achievements of the Noldor:

Statues so realistic people thought they were real

Far too many others to name


Achievements of the Teleri:


"Nonetheless they will have need of wood." -Aule

"Yet suddenly I do not." -Yavanna


one of my favorite lotr facts is that gondorians speak sindarin as a first language and yet when faramir was talking to frodo and sam about cirith ungol he was like “we don’t know what’s in there.” like faramir. cirith ungol is sindarin for “pass of the spider.” do the math

Melkor: i have made orc kind

Valar: you messed up a perfectly good Elf is what you did. look at it. it’s eating the others.


Galadriel: And some things that should not have been forgotten were lost. History became legend. Which is weird because Elrond and I both remember all of this, and rule over large cities of Elves who listen to our wisdom often. Also maybe if we had elf schools or something this wouldn’t have been an issue.
Last edited: Sep 28, 2018

And here's a favorite: GRRM vs JRRT!


Well, I think it's hilarious.

And finally: the life of Fingolfin


Just kidding, I won't get into that.

This is what I really thought when I saw Legolas doing his thing in the Hobbit:

And a couple more memes:

This thread brought to you by:

I freaking love you all and your memes, so here’s some from me to you 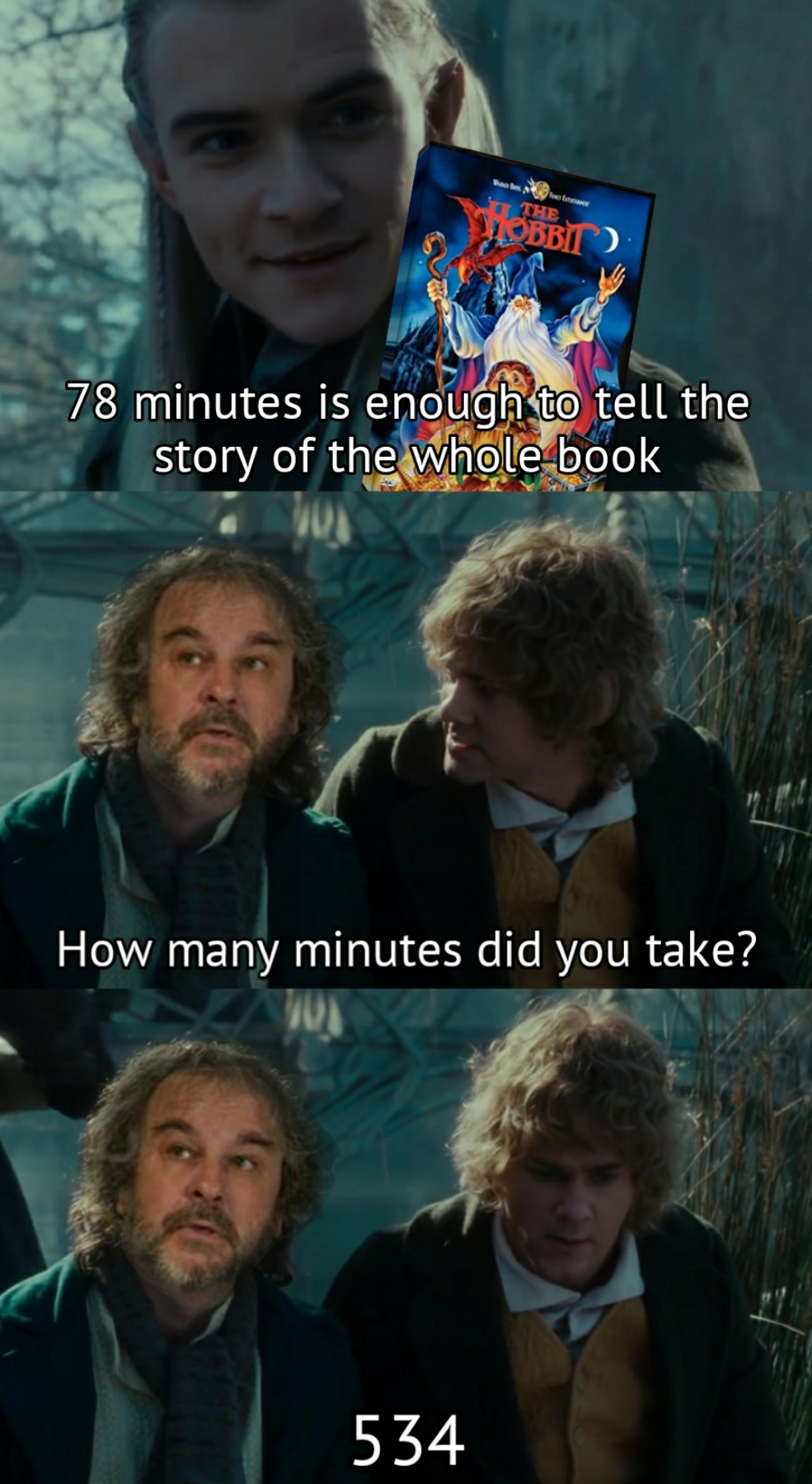 For the Trekkies here. What does he have in his nasty Starship?
Last edited: Mar 23, 2019
You must log in or register to reply here.