Olorgando said:
Erm … I watched the film trilogy, my Extended Edition DVDs, once in one sitting. Pretty exactly eleven-and-a-half hours of pure viewing time (even the cinematic version is almost nine-and-a-half-hours). Took me an hour or two longer, perhaps more. I was worn out after that, wasted.
300 times leaves 65 days of non-viewing, There are 52 or 53 weekends in a usual year. Leaves time for 13 or 12 days of vacation.
This is either fake news (once aka "urban legend") or someone needs serious help, as in detox.
Click to expand...

Could very well be fake, I was thinking perhaps they left it on in the background over and over if they were watching it or not. Allot of people love the music.

1stvermont said:
Could very well be fake, I was thinking perhaps they left it on in the background over and over if they were watching it or not. Allot of people love the music.
Click to expand...

Ah, those people who stay mystified what that red button is for on remote controls and mobile phones of all types … 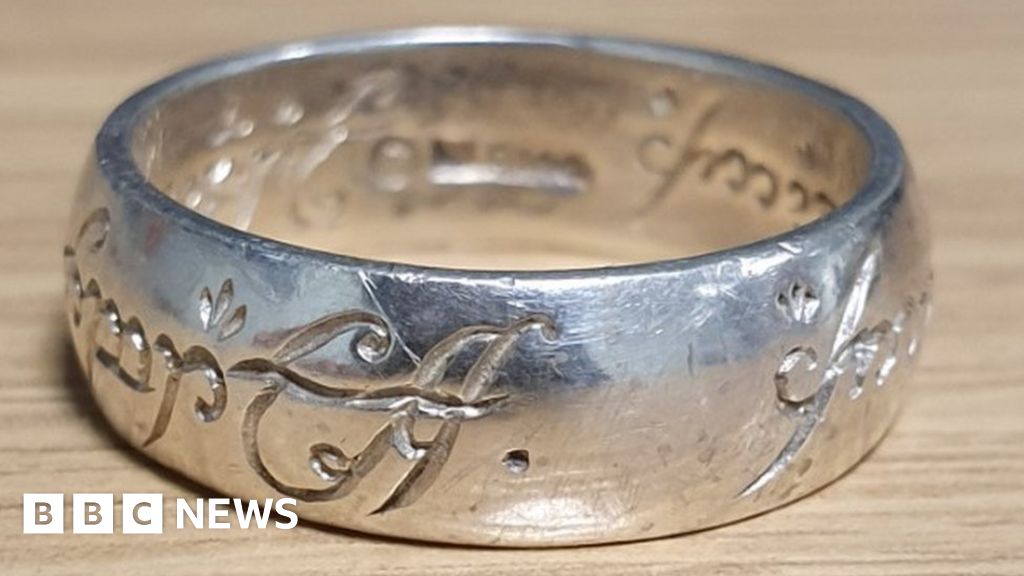 Now what do they remind me of?

Hmmmmm. Did George Lucas take the Daleks of Dr. Who infamy as a template?

Not bad, the three western (English-language) Sci-fi "empires" combined on one t-shirt!

His helmet, her hairdo … though I think helmets have some cross- cultural similarities dictated by pre-firearms warfare. Which SW with the "light sabers" definitely resurrected.

But what's her excuse?

Seems Sean A. has added mass since the LoTR movies (my own mass vectors of the same time period are classified "Ultra"!)
Or, for that matter, since he starred in the two-part Sky 1 TV adapatation of the bestselling novels "The Colour of Magic" and "The Light Fantastic" by Terry Pratchett as Twoflower, first aired in 2008 (and stealing some scenes from LoTR). I have that on DVD. A laugh riot.

*headbang* *headbang* *headbang* *headbang* *headbang*
Why is it that the islanders living off the north-west coasts of continental Europe insist on writing letters in their words (most prominently, is my impression, in place-names) that are totally superfluous to pronunciation?!?
After a vacation in Eire in the early 1990s, I had the impression that this seems to be a specifically Celtic defect. There is a port to the south of Dublin proper (if I ever understood this properly) written Dún Laoghaire; in the second word, five of nine written letters are superfluous.
Then, after the Romans had finally abandoned the British Isles (they never got to Ireland) some north German / southern Scandinavian mercenaries led by two horse-named guys were invited by one or another pf the squabbling (to put it nicely) Celtic rulers to "mediate". From a Celtic point of view a seriously less than brilliant idea, and those "Saxons" also had their pronunciation issues (West Saxon vs. Mercian, as an example). Fast-forward around half a millennium, and some relatives of those "Saxons", apparently with deficient navigational skills (there are other hypotheses) have settled on the west coast of what was to become France. They imperfectly picked up a derivative of Latin that is without doubt the most mangled of that stringent language's "descendants", and then dragged that across into the British isles in 1066.
But in the 954 years since then, it should have been possible to get rid of useless letter baggage?!?

Squint-eyed Southerner said:
Ooh -- another mashup!
View attachment 6473
SIX. I'd like to see someone top that!
Click to expand...

, and Guardians of the Galaxy-on top of Lotr photos. Hats off to you-if I wore hats anyways.

Thanks, but I found it on Imgur. I can't take the credit -- that would be criminal!

You must log in or register to reply here.