What are you watching?

That reminds me that I've read somewhere that in the first SW movie, in one of the mass spacecraft fly-by scenes, the special effects guys smuggled in a sneaker into the "armada" - as they wanted it to be a sleek model, they had to use an Adidas three-striper at that time.

Squint-eyed Southerner said:
OK, so Solar injured her back during a rehearsal, and I believe it was suggested she try pole dancing as a back-strengthening exercise. She liked it so much, she decided to study it seriously. After a year, she was able to perform this with her instructor (it's considered an art form in Korea, BTW):

And here's the very young Disney princess, on a trip to Japan, singing with the Tokyo Symphony:

Released on the day of her high school graduation!
Last edited: Mar 14, 2020

Good night for a Ghibli movie

Any night is a good night for a Ghibli movie!

I like the way many of his films show girls in strong, independent roles.

Or is it? Maybe. I try not to repost things, but as an introduction, here's IU's Gift again:

That’s really a heavily abbreviated mashup of two music videos. I'd seen the first one in passing, some time ago, and dismissed the song as the sort of "cute concept" aegyo/kawaii genre I don't really care for. Big mistake. After becoming more familiar with her work recently, I've come to see how creative she can be. And was, even back in 2011, when the first video was released:

I now see the song in context: she's portraying a young girl, too immature to awaken her "sleeping beauty"(and I believe IU was herself only about 17 at the time). So she builds a -- time machine? Time, trains, clocks, music, dance, time. Lots going on there. I certainly get a definite Tim Burton/Danny Elfman vibe.

Then, eight years later, came the sequel -- or is it a parallel? I'm not sure -- maybe you can figure it out:
(You may need to turn on captions on that one.)

It's hard to believe this is the same person:

Once I get to my bunker and download the VIKI app, I'm going to binge-watch Hotel del Luna. Here are some clips, set to one of the OST songs:

And oh yes, that's the multitalented IU, from my previous clips. She's also an accomplished actress, all grown up now.

I realize "watching" in the conventional sense of this thread isn't what this link is about. "Taking a frequent look at" would be the correct term.

Johns Hopkins experts in global public health, infectious disease, and emergency preparedness have been at the forefront of the international response to COVID-19.

A P.S.: when I had first loaded this page today, in the early afternoon here (now about 15:45 or 3:45 PM), the US had overtaken Spain in the number of confirmed infections.
New Spanish figures have reversed the order, but US figures by nature of longitude arrive later than European ones. And I have read a comment that due to the weekend updating may be a bit delayed compared to during the week.
Last edited: Mar 22, 2020

Since you brought it up, I'll repost something here -- in this case, "Watching" meaning "Watch Out!": 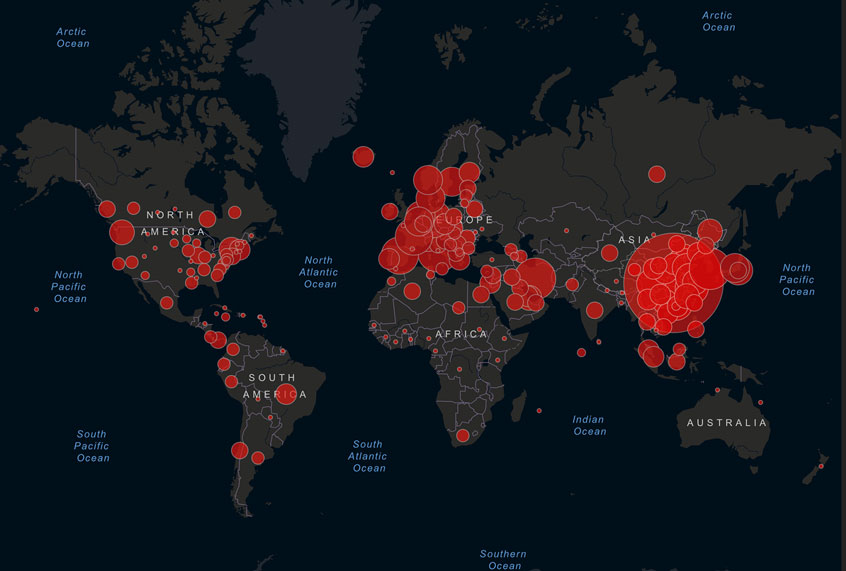 During isolation (working from home) I've been watching a lot of movies. Here's a few of them:

Read the book, never saw the film. I need to.

www.google.com
You must log in or register to reply here.