Éomer is a character that appears in J.R.R. Tolkien's Lord of the Rings. He was a man of Rohan and would later go on to become the eighteenth King of Rohan. He also begins the third line of the Kings of Rohan.

Éomer, of the House of Eorl, was born in TA 2991 to Éomund and Theodwyn. He also had a sister named Éowyn. Éomer was only eleven years old when his father was killed in battle against Orcs in TA 3002. His mother passed away from grief shortly afterward. Subsequently, Éomer and his sister, Éowyn were adopted by their uncle Théoden, the seventeenth King of Rohan.

Éomer grew up to become a valiant warrior as he became the Third Marshal of The Mark, and came to be known as a strong leader of men. He received numerous honors and prizes from the King and developed a strong friendship with Théodred, Théoden's son, who thought of Éomer as a brother. He and his company of horsemen, known as éored, fought the Uruk-hai near Fangom Forest and saved Meriadix Brandybuck and Peregrin Took who were captured by the Uruk-hai. However, the Hobbits, as had all run away during the battle, hence, Éomer did not see them. Later on, he met Gimli, Legolas, and Aragorn in the plains of Rohan. He helps them by providing them with two horses, Hasufel and Arod[1]. However, by letting them go free, he was breaking a law of Rohan, allowing Aragorn and his companions to roam freely without Théoden's prior permission.

Upon his return to Edoras, Éomer reports this meeting and is in turn imprisoned on the orders of Grima Wormtongue, Théoden's advisor. However, he was actually a faithful servant of the wizard, Saruman the White and upon his command kept the King in a sickly daze, who, under Grima's influence, grew weak, aged and increasingly suspicious of others.[2] 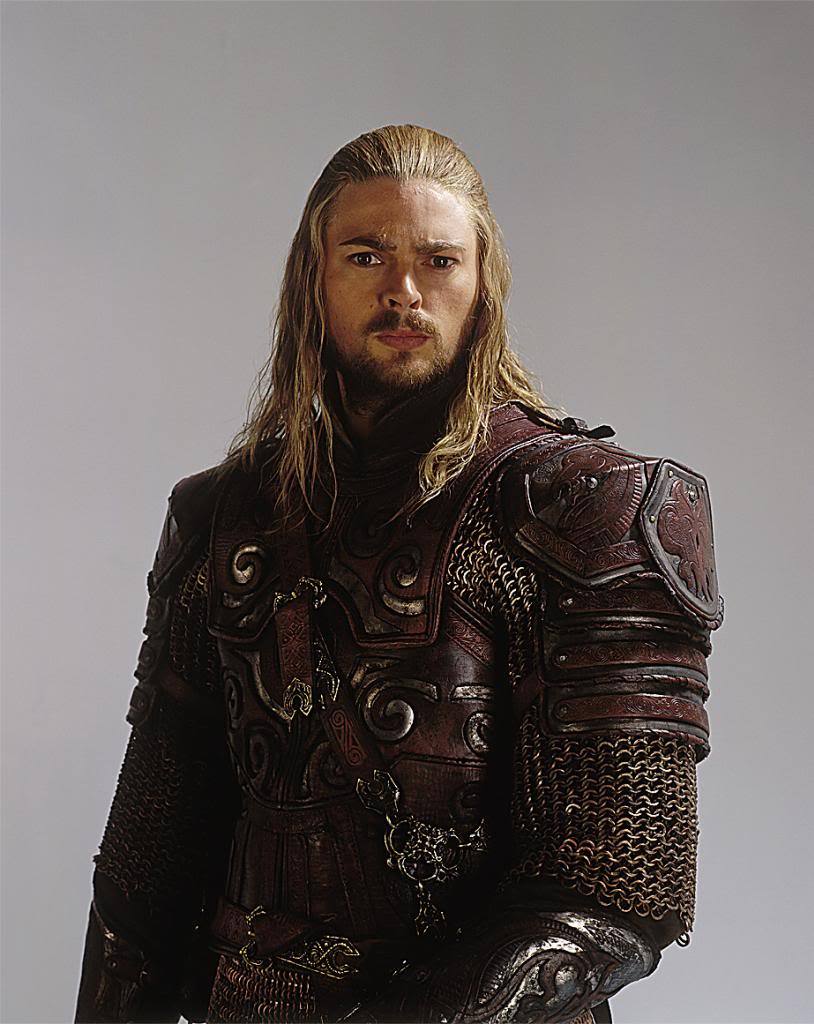 When Gandalf reunited with Legolas, Aragorn, and Gimli, they rushed back to Edoras where Gandalf broke Grima's spell over the King, restoring his vitality and health. When Théoden frees Éomer he offers up his sword to him in a bid to demonstrate his loyalty to the King. Théoden names Éomer his heir before he rides away to the defense of Hornburg. At the Battle of Hornburg, Éomer and his éored fought Saruman's orcs and Dunlendings, driving them into the Glittering Caves and Huron Forest, where they were eventually slain.

Éomer is also a major player in the Battle Of Pelennor Fields. He fights valiantly for Rohan and Gondor but, he notices that Théoden was mortally wounded during the course of the battle. With his dying breath, Théoden appoints Éomer as the King of Rohan. During the battle, he snaps when he sees his sister, seemingly dead among the King's retinue and finding his second wind, charges ferociously with his troops. Aragorn then arrives and joins forces with Éomer, fulfilling his prophecy that he would fight alongside Éomer again. The combined might of Éomer and Aragorn along with their armies is too much for the Orcs as he and Aragorn end up winning the battle. Éomer later learns that his sister is alive but gravely ill and goes to tend to her in the Houses of Healing. Meriadoc Brandybuck, Aragorn, and Éomer then bring her back to the realm of consciousness.

Éomer then goes with Aragorn to the Gates of Mordor where they battle the mighty Sauron. Their resistance distracts Sauron for long enough, and the One Ring is destroyed at Mount Doom causing Sauron to fall. He attends the funeral of his adoptive father Théoden.

Éomer renews the Oath of Eorl with Aragorn, who had been crowned as King Elessar of the Reunited Kingdom, swearing an eternal alliance between the Kingdoms of Rohan and Gondor. During his reign Rohan recovered it's riches and had once again become the lush and prosperous land it once was, earning him the title of Éomer Eadig or Éomer the blessed.

During his stay in Gondor, Éomer meets Lothíriel, daughter of Prince Imrahil. They wed in TA 3021and she begets him a son, Elfwine. Éomer's reign as the eighteenth King of Rohan lasts from TA 3019 until his death in FA 63 after which his son, Elfwine succeeds him as King.

Éomer's role in Peter Jackson's Lord of the Rings film trilogy is diminished compared to the books. He is banished from the Kingdom by Grima before he meets Aragorn. He leads his éored out of Rohan preferring the life of outcasts to the life of prisoners. He continues to live the life of a renegade until he arrives with Gandalf at the end of the Battle of Helm's Deep. He is the one who kills the leader of the Haradrim. This is a departure from what happens in the books as it is Théoden who vanquishes the Haradrim chieftain. Éomer's speech before the first charge is instead spoken by Théoden in the movie. Éomer is also not present during Théoden's dying moments in the movie.

Another facet of Éomer's character omitted by the movies is his close friendship with Aragorn. Their friendship is not developed at all in the movies. However, during Aragorn's coronation, Éomer can be seen bowing before him. 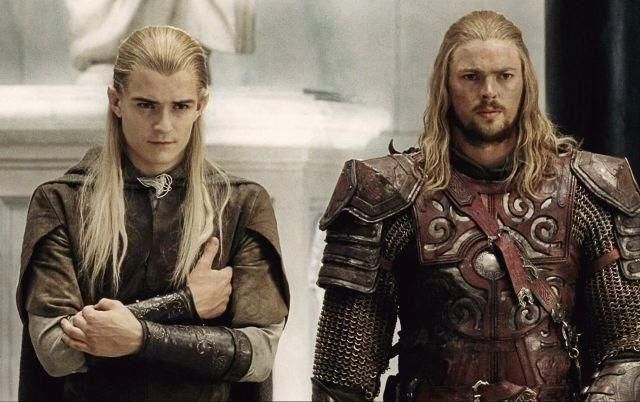 This page has been seen 329 times.